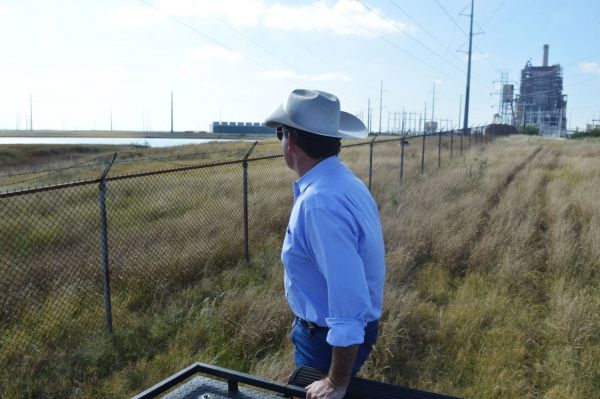 In 1954, the Peeler family signed an agreement to lease 6,000 acres of their 25,000-acre Texas ranch for a lignite coal mine. A few years later, they sold an additional 300 or so acres of their property to a small electric cooperative, which had taken over the mine, for the construction of a new coal-fired power plant. The family thought the arrangement would provide them with a modest income from the leases and felt they were playing a part in the electrification of rural Texas, which was then still underway.

The hulking coal plant, owned by the San Miguel Electric Cooperative, was eventually built and came online in 1982. Situated among the rolling hills, grazing cattle, and nodding oil pumps in Christine, Texas, 60 miles south of San Antonio, the 400-megawatt power plant, together with eight other rural co-ops, helps provides electricity to more than 200,000 customers in 42 rural counties across South Texas.