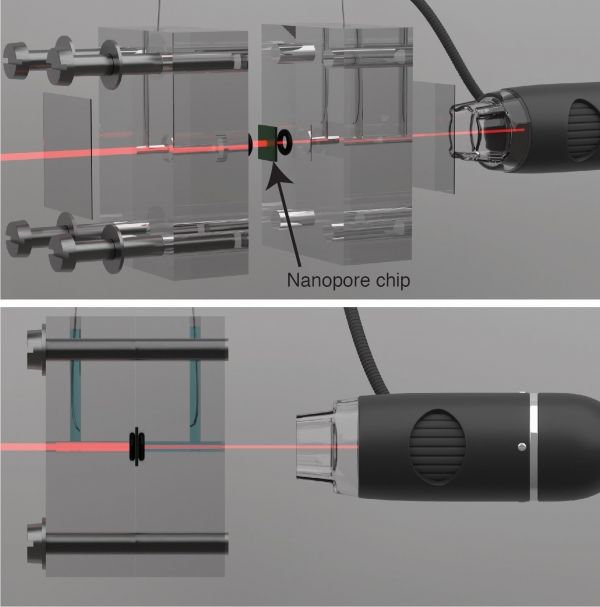 Most renewable power technologies are weather dependent. Wind farms can only operate when there’s a breeze, and solar power plants rely on sunlight. Researchers at EPFL are working on a method to capture an energy source that’s constantly available at river estuaries: osmotic power, also known as blue energy.

Osmosis is a natural process whereby molecules migrate from a concentrated to a more dilute solution across a semi-permeable membrane in order to balance the concentrations. At river estuaries, electrically charged salt ions move from the salty seawater to the fresh river water. The idea is to harness this phenomenon to generate power.

Researchers from EPFL’s Laboratory of Nanoscale Biology(LBEN), which is headed by Professor Aleksandra Radenovic at the School of Engineering, have shown that the production of power using osmosis could be optimized using light. Reproducing the conditions that occur at estuaries, they shined light on a system combining water, salt and a membrane just three atoms thick to generate more electricity. Under the effect of light, the system produces twice as much power as it does in the dark. Their findings have been published in Joule.