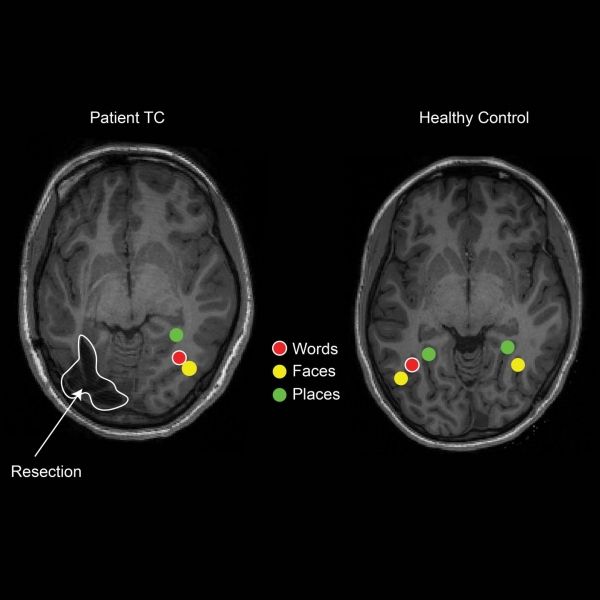 Children can keep full visual perception – the ability to process and understand visual information – after brain surgery for severe epilepsy, according to a study funded by the National Eye Institute (NEI), part of the National Institutes of Health.

Children can keep full visual perception – the ability to process and understand visual information – after brain surgery for severe epilepsy, according to a study funded by the National Eye Institute (NEI), part of the National Institutes of Health. While brain surgery can halt seizures, it carries significant risks, including an impairment in visual perception. However, a new report by Carnegie Mellon University, Pittsburgh, researchers from a study of children who had undergone epilepsy surgery suggests that the lasting effects on visual perception can be minimal, even among children who lost tissue in the brain’s visual centers.

Normal visual function requires not just information sent from the eye (sight), but also processing in the brain that allows us to understand and act on that information (perception). Signals from the eye are first processed in the early visual cortex, a region at the back of the brain that is necessary for sight. They then travel through other parts of the cerebral cortex, enabling recognition of patterns, faces, objects, scenes, and written words. In adults, even if their sight is still present, injury or removal of even a small area of the brain’s vision processing centers can lead to dramatic, permanent loss of perception, making them unable to recognize faces, locations, or to read, for example. But in children, who are still developing, this part of the brain appears able to rewire itself, a process known as plasticity.

“Although there are studies of the memory and language function of children who have parts of the brain removed surgically for the treatment of epilepsy, there have been rather few studies that examine the impact of the surgery on the visual system of the brain and the resulting perceptual behavior,” said Marlene Behrmann, Ph.D., senior author of the study. “We aimed to close this gap.”

Brains of children with epilepsy are able to re-map after epilepsy surgery to retain visual perception. (Credit: Erez Freud)