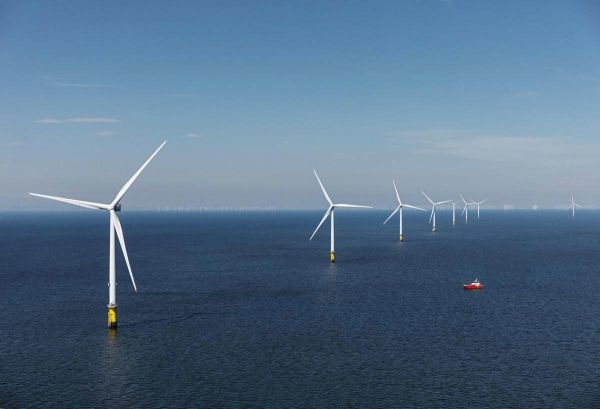 The world’s largest offshore wind farm began operations this week in the North Sea. According to Earther, the first 50 turbines at the Hornsea One wind farm, located 75 miles off the east coast of Yorkshire in the United Kingdom, are now generating electricity for up to 287,00 homes.

When completed in 2020, the wind farm, operated by Ørsted, will have 174 turbines with a total capacity of 1.2 gigawatts (GW), enough to power 1 million homes. The facility — which will send electricity to the UK, Netherlands, Belgium, Germany, and Scandinavia — will have more than twice the capacity of the current largest offshore operation, also in the UK.

Because of its distance from shore, teams of workers will live at sea for two weeks at a time maintaining the wind farm. “Operating a wind farm this far offshore is unprecedented,” David Coussens, deputy operations manager for Hornsea One, told Offshore Wind, a trade publication. “We’ve had to think creatively and come up with new ways of working to overcome the logistical and technical challenges of operating a massive power station 120km [75 miles] from the shore.”

Photo: Hornsea One wind farm in the North Sea. ØRSTED