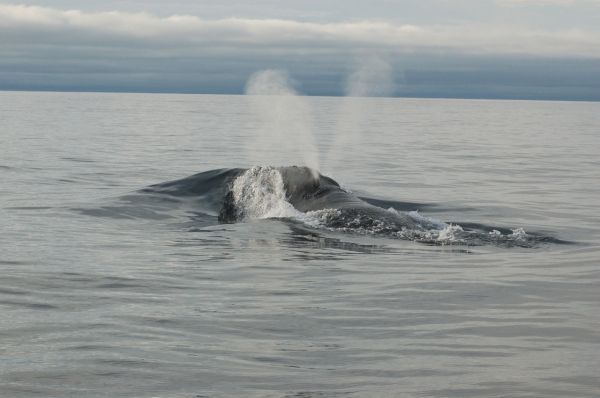 Right whales don’t sing—or do they?

Right whales don’t sing—or do they?

Unlike some of their famously musical relatives, right whales are known to restrict their vocalizations to individual calls rather than the patterned phrasing that is singing. This has been well documented for Southern and North Atlantic right whales.

But new findings suggest that the rarest whale of them all, the eastern North Pacific right whale, is breaking into song.

“During a summer field survey in 2010, we started hearing a weird pattern of sounds,” explains Jessica Crance, Marine Mammal Laboratory, NOAA Fisheries’ Alaska Fisheries Science Center. “We thought it might be a right whale, but we didn’t get visual confirmation. So we started going back through our long-term data from moored acoustic recorders and saw these repeating patterns of gunshot calls. I thought these patterns look like song. We found them again and again, over multiple years and locations, and they have remained remarkably consistent over eight years.”