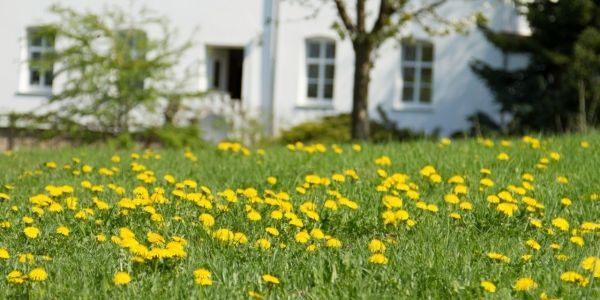 Nothing can threaten a velvety green lawn like vagabond dandelions—but it isn’t all bad, says a University of Alberta gardening expert.

Nothing can threaten a velvety green lawn like vagabond dandelions—but it isn’t all bad, says a University of Alberta gardening expert.

In fact, people may want to actually welcome the fluffy yellow blooms into their yards, said Ken Willis, head of horticulture at the U of A Botanic Garden.

“There’s starting to be a lot more argument that they should be kept because of what they can do for pollinators. Ecologically they are becoming very important as a food source for domestic and wild species of bees, particularly in early spring because they grow so soon. Butterflies and moths also feed on them as a source of sugar, and some species of birds feed on dandelion seeds,” said Willis, who leaves room for the hardy plant in natural areas in the botanic garden.

Though classed as a weed, the dandelion, a member of the daisy family, isn’t noxious—defined as causing a threat ecologically, economically or to public health. Instead, the plant’s biggest fault is that it spreads easily through the seeds carried on the wind by its trademark gray fluff.