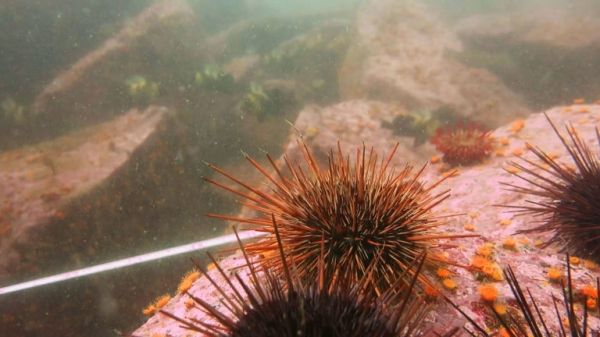 They look like smears of pink bubblegum on the rocks off British Columbia’s coast, indistinguishable from one another.

They look like smears of pink bubblegum on the rocks off British Columbia’s coast, indistinguishable from one another.

But a new DNA analysis of coralline algae led by UBC and Hakai Institute researchers has revealed a wealth of different species – a diversity that could hold the key to protecting critical underwater habitats like kelp forests.

“Corallines play really important roles in their ecosystem, from cementing coral reefs together to giving off scents that attract other species like sea urchins, abalone, corals, and kelps to the area,” said Patrick T. Martone, a professor of botany at UBC who supervised the research. “Some coralline species are better at attracting organisms than others and respond to climate stressors like rising ocean temperatures in different ways. But they all look the same so it’s hard to tell how changes to their environment are really impacting them.”

Coralline algae appear to be among the only species to benefit from the loss of sea otters, an endangered species native to the North Pacific Ocean. When sea otters are lost, sea urchins bloom and mow down kelp forests, which provide important habitat for many marine organisms. The resulting “sea urchin barrens” are largely devoid of life, except for coralline algae which appear to thrive in the landscape.