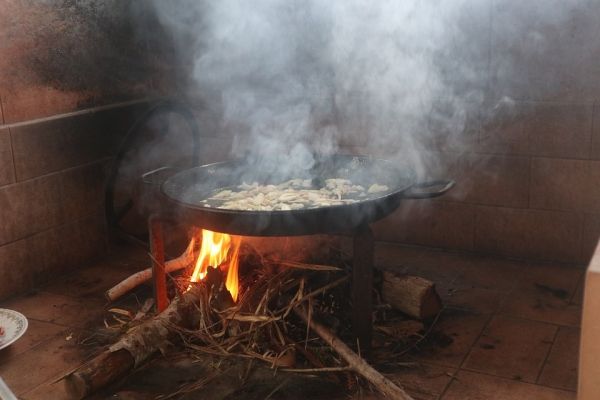 Around the world, more than three billion people – nearly half the world’s population – cook their food using solid fuels like firewood and charcoal on open fires or traditional stoves.

Around the world, more than three billion people – nearly half the world’s population – cook their food using solid fuels like firewood and charcoal on open fires or traditional stoves. This produces a lot of smoke, creating indoor air pollution, which, according to the World Health Organization (WHO), annually kills millions of people. This type of pollution is of particular concern in India, where women and their young children, who typically stay close to their mothers while they are cooking, bear the brunt of the health problems caused by indoor pollution.

This led the Indian government to launch a massive program – Pradhan Mantri Ujjwala Yojana (PMUY) – in 2016, to increase the adoption of Liquefied Petroleum Gas (LPG), which is a clean fuel alternative that can be used for cooking. The program provides a combination of financial incentives in the form of subsidies and loans to cover the capital cost of stoves and LPG cylinder installations, and aims to generate awareness about the benefits of clean cooking. To date, around 70 million poor women, mostly in rural India, have benefitted from the program in the 35 months since its launch. Until now, few analyses of the program have been done to understand if the adoption of this new technology has led to sustained use of LPG. If LPG does not replace solid fuel use, the envisaged health and environmental benefits of the program will not be fully realized.

In their study published in Nature Energy, researchers endeavored to understand how the launch of the program has altered both the adoption and use of LPG. They employed an LPG sales dataset from one district of a southern state of India (Koppal district in Karnataka state) to carry out their analysis. This is a novel approach, as previous analyses have relied largely on self-reported survey data, which may suffer from inherent biases.