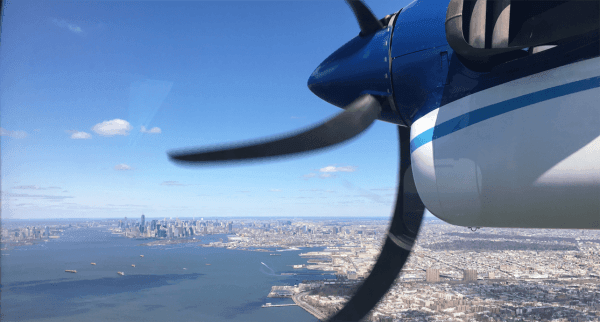 Atmospheric methane is a powerful greenhouse gas that also contributes to ground-level ozone pollution. In the past decade, there has been intense scientific focus on improving the accuracy of methane emissions estimates in the United States, with most of the effort targeting oil- and natural gas-producing basins.

Now, a new NOAA and University of Michigan study using an instrumented airplane has found unexpectedly large emissions over five major cities along the East Coast - twice the total amount of methane and almost 10 times the amount estimated from natural gas. The work was published in the journal Geophysical Research Letters.

The analysis was based on airborne measurements taken from NOAA Twin Otter aircraft along the East Coast of the United States during the course of 20 research flights between April 8, 2018 to May 12, 2018, totaling 120 flight hours. The flights covered Washington, Baltimore, Philadelphia, New York, Providence and Boston, with instruments measuring levels of methane, carbon dioxide, carbon monoxide, and ethane upwind and downwind of urban areas. Methane is a primary component of natural gas.

“The amount of natural gas that flows into these older cities is very large,” said lead author Genevieve Plant, of the University of Michigan. “That means leakage from old cast-iron pipes and “end-use” losses from inefficient appliances could be potentially be significant. We found methane emissions in the five largest cities that we sampled are significant - about double what the EPA estimates for the total emissions.”