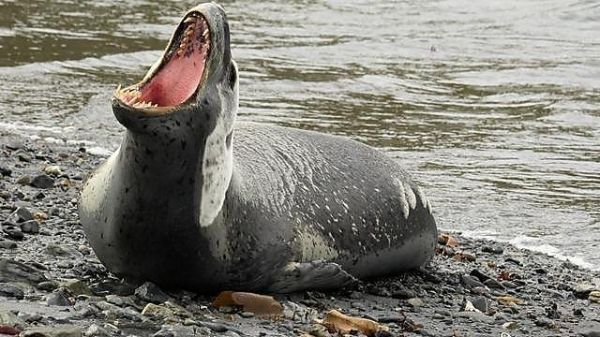 Despite being considered a charismatic and enigmatic Antarctic predator, leopard seals are normally thought of as being solitary.

They are largely intolerant of each other but can be forced to hunt alongside one another when congregating in areas of abundant prey.

A new study analysing the previously unseen footage reports up to 36 seals seen feeding at the same king penguin colony in South Georgia.

It also highlights examples of two seals feeding on the same penguin carcass, the first evidence of such behaviour ever being recorded.

However, scientists add it is unclear if it is a case of true cooperation, or whether both seals were simply accepting the competitor so that they didn’t have to chase them away, potentially leading to them losing their prey completely.

Read more at University of Plymouth