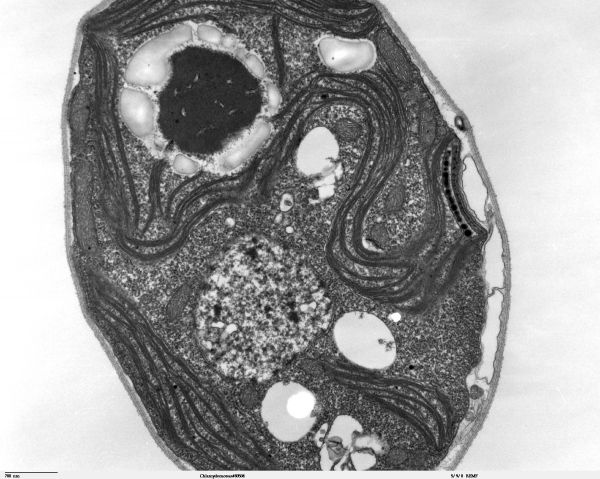 Photosynthesis is the natural process plants and algae utilize to capture sunlight and fix carbon dioxide into energy-rich sugars that fuel growth, development, and in the case of crops, yield.

Photosynthesis is the natural process plants and algae utilize to capture sunlight and fix carbon dioxide into energy-rich sugars that fuel growth, development, and in the case of crops, yield. Algae evolved specialized carbon dioxide concentrating mechanisms (CCM) to photosynthesize much more efficiently than plants. This week, in the journal Proceedings of the National Academy of Sciences, a team from Louisiana State University (LSU) and the University of York report a long-time unexplained step in the CCM of green algae—which is key to develop a functional CCM in food crops to boost productivity.

“Most crops are plagued by photorespiration, which occurs when Rubisco—the enzyme that drives photosynthesis—cannot differentiate between life-sustaining carbon dioxide and oxygen molecules that waste large amounts of the plant’s energy,” said James Moroney, the Streva Alumni Professor at LSU and member of Realizing Increased Photosynthetic Efficiency (RIPE). “Ultimately, our goal is to engineer a CCM in crops to surround Rubisco with more carbon dioxide, making it more efficient and less likely to grab oxygen molecules—a problem that is shown to worsen as temperatures rise.”

Led by the University of Illinois, RIPE is an international research project that is engineering crops to be more productive by improving photosynthesis with support from the Bill & Melinda Gates Foundation, the U.S. Foundation for Food and Agriculture Research (FFAR), and the U.K. Government’s Department for International Development (DFID).

Photo: A recent study discovered a missing link in the photosynthetic process of green algae called Chlamydomonas reinhardtii that could be used to boost crop productivity.  CREDIT: RIPE