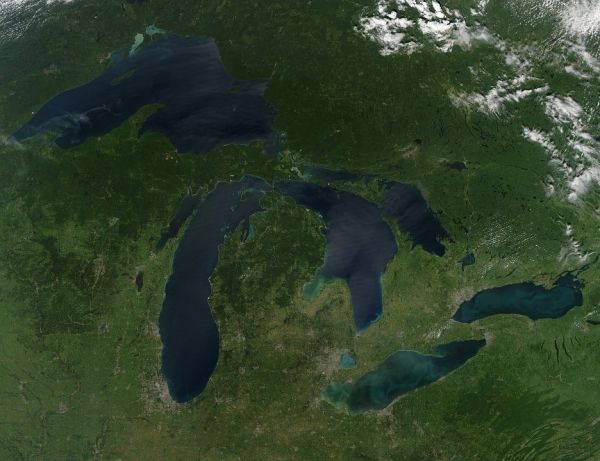 Invasive silver carp have been moving north toward the Great Lakes since their accidental release in the 1970s.

Invasive silver carp have been moving north toward the Great Lakes since their accidental release in the 1970s. The large filter-feeding fish, which are known to jump from the water and wallop anglers, threaten aquatic food webs as well as the $7 billion Great Lakes fishery. But, for the past decade, the invading front hasn’t moved past Kankakee. A new study, led by scientists at the University of Illinois, suggests that Chicago’s water pollution may be a contributing to this lack of upstream movement.

“It’s a really toxic soup coming down from the Chicago Area Waterway, but a lot of those chemicals go away near Kankakee. They might degrade or settle out, or the Kankakee River might dilute them. We don’t really know what happens, but there’s a stark change in water quality at that point. That’s right where the invading front stops,” says Cory Suski, associate professor in the Department of Natural Resources and Environmental Sciences and co-author of the study. “And this fish never stops for anything.”

The researchers think the fish stall out at Kankakee because they are responding negatively to compounds in the water flowing downstream from Chicago. They formulated their hypothesis after reading a 2017 water quality report from the U.S. Geological Survey. USGS researchers tracked changes in water chemistry in a single pocket of water as it moved from Chicago downstream through the Illinois River. Right near Kankakee, many of the pharmaceuticals, volatile organic compounds, and wastewater indicators dropped off the charts.