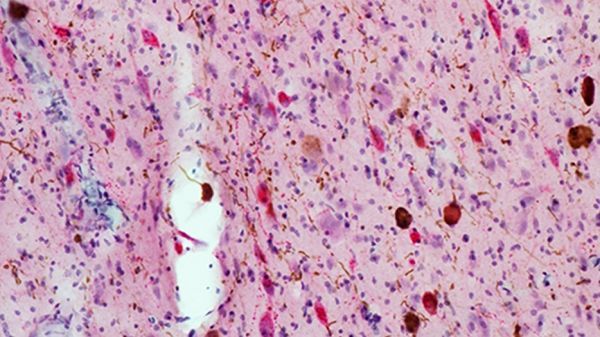 Researchers and caregivers have noted that excessive daytime napping can develop long before the memory problems associated with Alzheimer’s disease begin to unfold.

Researchers and caregivers have noted that excessive daytime napping can develop long before the memory problems associated with Alzheimer’s disease begin to unfold. Prior studies have considered this excessive daytime napping to be compensation for poor nighttime sleep caused by Alzheimer’s-related disruptions in sleep-promoting brain regions, while others have argued that the sleep problems themselves contribute to the progression of the disease. But now UC San Francisco scientists have provided a striking new biological explanation for this phenomenon, showing instead that Alzheimer’s disease directly attacks brain regions responsible for wakefulness during the day.

The new research demonstrates that these brain regions (including the part of the brain impacted by narcolepsy) are among the first casualties of neurodegeneration in Alzheimer’s disease, and therefore that excessive daytime napping — particularly when it occurs in the absence of significant nighttime sleep problems — could serve as an early warning sign of the disease. In addition, by associating this damage with a protein known as tau, the study adds to evidence that tau contributes more directly to the brain degeneration that drives Alzheimer’s symptoms than the more extensively studied amyloid protein.

“Our work shows definitive evidence that the brain areas promoting wakefulness degenerate due to accumulation of tau — not amyloid protein — from the very earliest stages of the disease,” said study senior author Lea T. Grinberg, MD, PhD, an associate professor of neurology and pathology at the UCSF Memory and Aging Center and a member of the Global Brain Health Institute and UCSF Weill Institute for Neurosciences.