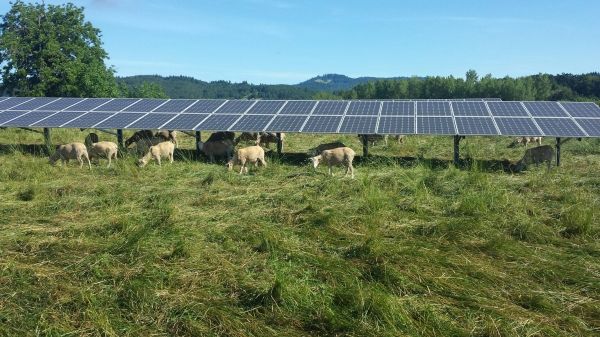 The most productive places on Earth for solar power are farmlands, according to an Oregon State University study.

The most productive places on Earth for solar power are farmlands, according to an Oregon State University study.

The study, published today in the journal Scientific Reports, finds that if less than 1% of agricultural land was converted to solar panels, it would be sufficient to fulfill global electric energy demand. The concept of co-developing the same area of land for both solar photovoltaic power and conventional agriculture is known as agrivoltaics.

“Our results indicate that there’s a huge potential for solar and agriculture to work together to provide reliable energy,” said corresponding author Chad Higgins, an associate professor in OSU’s College of Agricultural Sciences. “There’s an old adage that agriculture can overproduce anything. That’s what we found in electricity, too. It turns out that 8,000 years ago, farmers found the best places to harvest solar energy on Earth.”

The results have implications for the current practice of constructing large solar arrays in deserts, Higgins said.