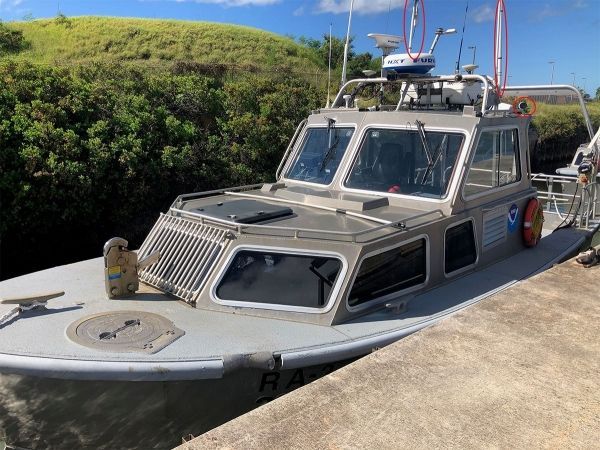 On the outside of the vessel, not much has changed. Cameras were installed around the vessel to provide a field of view for the remote operator.  Antennas for new data radios were also added for telemetry between the launch and the ship or shore, up to six nautical miles away.

The interior of the launch is not obviously changed either.  However, behind the scenes are several new modules such as an autopilot, the data radio, and additional computers capable of navigating the launch on a route planned by the remote operator.