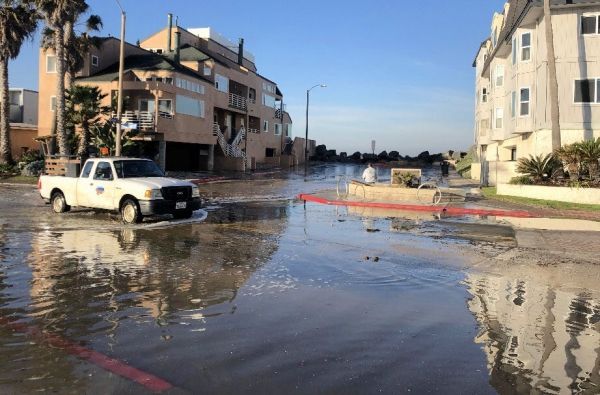 NASA in cooperation with the U.S. Geological Survey is helping emergency planners in Southern California get a more complete picture of the increasing risk of coastal flooding by looking at the highest of tides —"king tides."

"King tide" is the informal term generally used to describe an exceptionally high tide, which most often occurs when the Moon and the Sun are aligned and their gravitational pull on the Earth is at its strongest. King tides can be just a few inches higher than normal, but when combined with other factors, they can have damaging effects.

That's what happened in the winter of 2018-19 when a king tide occurred as a series of coastal storms hit California, resulting in a surge of water and waves breaching a seawall in San Diego and causing significant damage to the city’s Ocean Beach Pier. King tides also regularly cause flooding in the low-lying communities of Newport Beach and Imperial Beach, San Diego.

"These extreme high tides are an example of potential everyday impacts with sea level rise," said Andrea O'Neill, an oceanographer with the USGS. "With rising sea levels, the extreme water levels experienced today with king tides will become more frequent and will become a challenge for our coastal communities and infrastructure."