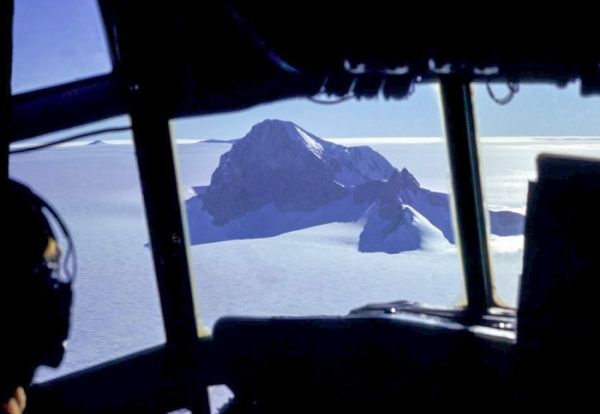 Newly available archival film has revealed the eastern ice shelf of Thwaites Glacier in Antarctica is melting faster than previous estimates, suggesting the shelf may collapse sooner than expected.

Newly digitised vintage film has doubled how far back scientists can peer into the history of ice in Antarctica, and revealed that an ice shelf on Thwaites Glacier in West Antarctica is being thawed by a warming ocean more quickly than previously thought.

Film from the 1970s has been combined with modern data to estimate that part of Thwaites Glacier thinned between 10 and 33 percent between 1978 and 2009.

By extending the record of changes at the base of glaciers and ice shelves in Antarctica, researchers can also better understand the processes that are causing melting, and more accurately predict future sea-level changes.

The team, led by Stanford University and the Scott Polar Research Institute (SPRI) at Cambridge University, and including an Imperial College London researcher, published their findings today in Proceedings of the National Academy of Sciences.