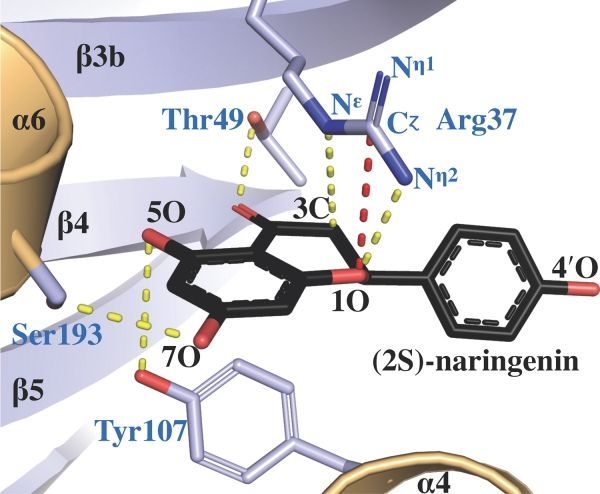 Plants can do many amazing things.

Plants can do many amazing things. Among their talents, they can manufacture compounds that help them repel pests, attract pollinators, cure infections and protect themselves from excess temperatures, drought and other hazards in the environment.

Researchers from the Salk Institute studying how plants evolved the abilities to make these natural chemicals have uncovered how an enzyme called chalcone isomerase evolved to enable plants to make products vital to their own survival. The researchers’ hope is that this knowledge will inform the manufacture of products that are beneficial to humans, including medications and improved crops. The study appeared in the print version of ACS Catalysis on September 6, 2019.

“Since land plants first appeared on earth approximately 450 million years ago, they have developed a sophisticated metabolic system to transform carbon dioxide from the atmosphere into a myriad of natural chemicals in their roots, shoots and seeds,” says Salk Professor Joseph Noel, the paper’s senior author. “This is the culmination of work we’ve been doing in my lab for the past 20 years, trying to understand plant chemical evolution. It gives us detailed knowledge about how plants have developed this unique ability to make some very unusual but important molecules.”