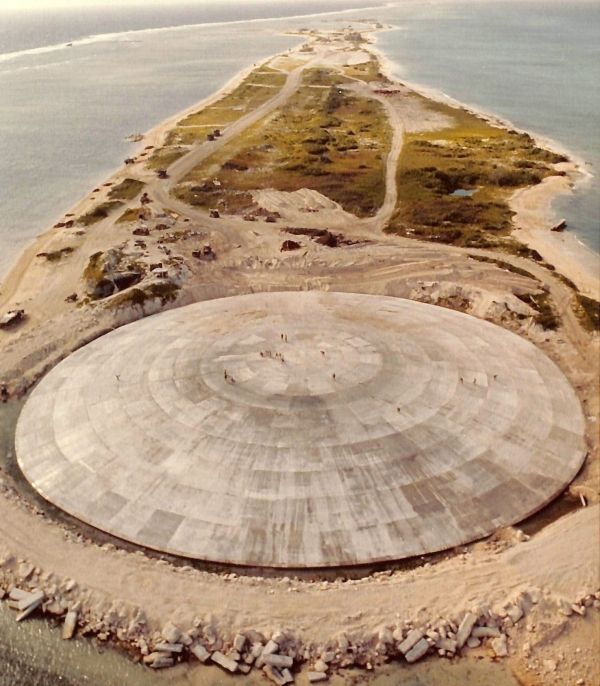 There has been a flurry of headlines this summer about a "nuclear coffin" leaking radioactive waste into the Pacific Ocean.

There has been a flurry of headlines this summer about a "nuclear coffin" leaking radioactive waste into the Pacific Ocean. The coffin—a bomb crater filled with radioactive soil on a tiny island in the Marshall Islands—sits under a 350-foot-wide concrete lid known as Runit Dome. It’s arguably the region’s most visible scar from a series of U.S. nuclear weapons tests that took place off Bikini and Enewetak Atolls between 1946 and 1958.

The concerns aren’t unfounded—the area has been a hotspot for lingering radioactivity for more than half a century.  But according to Ken Buesseler, a world-renowned expert in marine radioactivity at Woods Hole Oceanographic Institution (WHOI), the concerns are nothing new.

“We’ve known for years that the dome is leaking,” he said. “When we were there doing fieldwork in 2015, we sampled groundwater and could see there was an exchange between the lagoon water and material under the dome. But it was clear that only a small amount of radioactivity was actually leaking into the lagoon.”