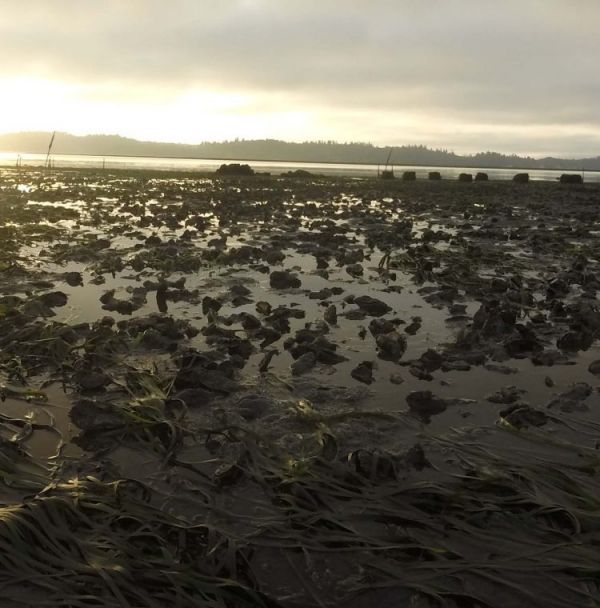 Findings from study overturn a prior assumption about tides.

By area, tidal flats make up more than 50 percent of Willapa Bay in southwest Washington state, making this more than 142-square-mile estuary an ideal location for oyster farming. On some parts of these flats, oysters grow well, filling their shells with delicacies for discerning diners. But according to experienced oyster farmers, oysters raised in other parts of Willapa Bay don’t yield as much meat.

Now, scientists may have an explanation for this variability. In a paper published online July 26 in the journal Estuarine, Coastal and Shelf Science, researchers at the University of Washington and the University of Strathclyde report that the water washing over the Willapa Bay tidal flats during high tides is largely the same water that washed over the flats during the previous high tide. This “old” water has not been mixed in with “new” water from deeper parts of the bay or the open Pacific Ocean, and has different chemical and biological properties, such as lower levels of food for creatures within the tide flats.

The team, led by Jennifer Ruesink, a UW professor of biology, employed oceanographic modeling and water quality readings to show that high-tide water flowing over the Willapa Bay flats can take as many as four tidal cycles — or about two days — before it is fully replaced by “new” water. Through field experiments measuring oyster growth, they found that this slow turnover has consequences for the creatures that call Willapa Bay home.