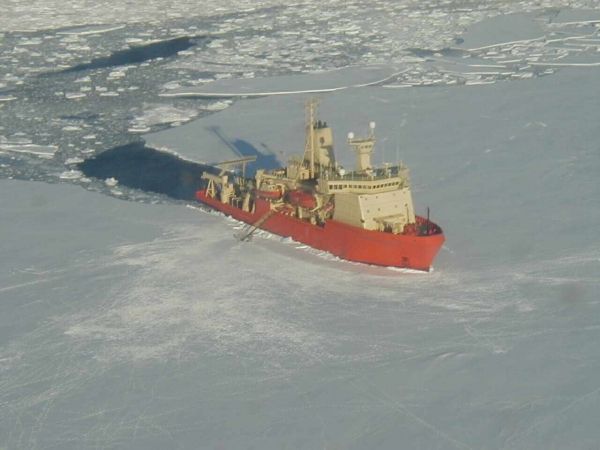 LSU geologist studies what transpires below the frozen surface.

Phil Bart has traveled to Antarctica seven times since the late 1980s—a feat that very few can say. Thirty years is a microscopic blip on a geological time scale, and although the continent’s ice cover may seem to be stable, there are ongoing changes that have been affecting the icy landscape over recent decades.

Marine geologists, like Bart, who is a professor in the College of Science’s Department of Geology and Geophysics, study patterns and timeframes of past changes in ice sheet configurations. At the short-end of the spectrum, those paleo-changes span decades to centuries, but at the long end, the last large-scale glacial fluctuations of ice sheets occurred over a climate cycle of a hundred thousand years.

Recent studies by Bart and others have shown that even during the course of these long-term oscillations, abrupt catastrophic changes can occur. To further understand what’s happening below Antarctica’s seascape, Bart has recently been awarded $748,819 from the National Science Foundation. His single-authored research proposal aims to investigate two fundamental questions concerning Ross Bank, a large, shallow submarine bank in the central part of the continent’s Ross Sea, over the next 4 years.

“Was the Ross Ice Shelf formerly pinned to the Ross Bank? And if so, how, when, and why did the Ross Ice Shelf unpin from the bank?” he asked. “These questions are crucial in understanding the stability of the ice sheet, especially right now, in a world where we are seeing pretty dramatic climate changes.”