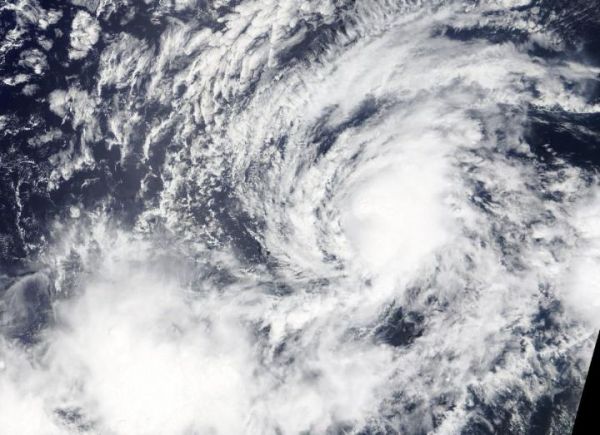 NASA’s Terra satellite is one in a fleet of NASA satellites that provide data for research.

NASA’s Terra satellite is one in a fleet of NASA satellites that provide data for research. Terra captured an image of Tropical Storm Kiko in the Eastern Pacific Ocean which showed the extent of the small storm.

On Sept. 19, the Moderate Imaging Spectroradiometer or MODIS instrument that flies aboard Terra provided a visible image on Kiko. The image showed that the storm is compact. Tropical-storm-force winds only extend outward up to 45 miles (75 km) from the center making the storm about 90 miles (150km) in diameter.

Since the MODIS image, a pair of microwave satellite images between (5 a.m. and 7 a.m. EDT) 0900 and 1100 UTC on Sept. 20 revealed that Kiko has redeveloped a well-defined low-level inner circulation. NOAA’s National Hurricane Center (NHC) said, “However, most of the deep convection (strongest thunderstorms) associated with the tropical storm is located northeast of the center, a result of moderate southwesterly [wind] shear.”