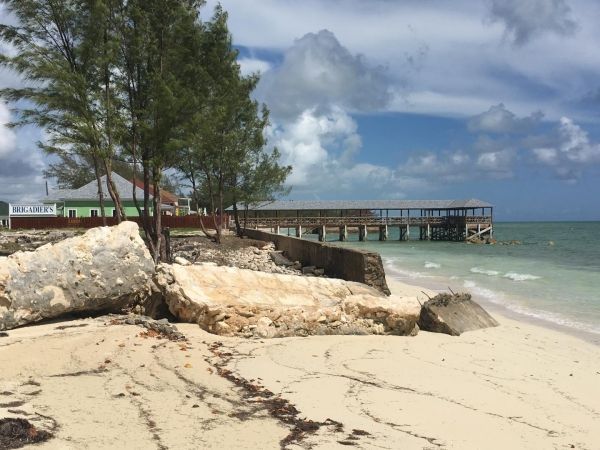 As new hurricanes gain strength in the Atlantic, residents of the Bahamas have barely begun recovering from destroyed villages and flooded streets brought by Hurricane Dorian’s battering this month.

As new hurricanes gain strength in the Atlantic, residents of the Bahamas have barely begun recovering from destroyed villages and flooded streets brought by Hurricane Dorian’s battering this month. The losses were grim validation of a new Stanford-led study on coastal risk throughout the country.

The study predicts a tripling of storm-related damages if protective ecosystems such as coral reefs and mangrove forests are degraded or lost. The findings, published in Frontiers in Marine Science, are being used by the Bahamian government, development banks and local communities to pinpoint key areas where investment in natural ecosystems could support a more storm-resilient future.

“Climate change is forcing coastal nations to reckon with a new reality of disaster management and rethink the business-as-usual development model in order to survive,” said Jessica Silver, ecosystem services analyst at Stanford’s Natural Capital Project and lead author on the study. “In the Bahamas, the islands hardest hit by Hurricane Dorian – Grand Bahama and Abaco – are those our research identified as the most at risk to coastal hazards in the whole country. Understanding and mapping at-risk areas and their natural assets is a first step in changing development norms.”

The integrated approach scientists used in this study could also help other coastal communities plan where to invest in natural habitats to reduce storm damage. A combination of open-source modeling software and cutting-edge environmental analyses with local information can be used to identify where and how people in coastal communities are at greatest risk to climate disasters.