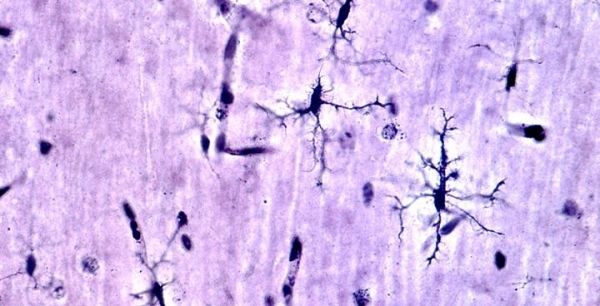 In a new study, Biodesign researchers reveal that a lifelong dietary regimen of choline holds the potential to prevent Alzheimer's disease (AD).

In a new study, Biodesign researchers reveal that a lifelong dietary regimen of choline holds the potential to prevent Alzheimer's disease (AD).

Choline is a safe and easy-to-administer nutrient that is naturally present in some foods and can be used as a dietary supplement. Lead author Ramon Velazquez and his colleagues at the ASU-Banner Neurodegenerative Disease Research Center (NDRC) looked into whether this nutrient could alleviate the effects of Alzheimer’s.

Earlier this year, Velazquez and colleagues found transgenerational benefits of AD-like symptoms in mice whose mothers were supplemented with choline. The latest work expands this line of research by exploring the effects of choline administered in adulthood rather than in fetal mice.

The study focuses on female mice bred to develop AD-like symptoms. Given the higher prevalence of AD in human females, the study sought to establish the findings in female mice. Results showed that when these mice are given high choline in their diet throughout life, they exhibit improvements in spatial memory, compared with those receiving a normal choline regimen.

Image: Microglia are specialized cells that work to clear away debris in the brain and perform other essential duties. These cells typically become dysregulated in Alzheimer's disease (AD), leading to inflammation and neuronal death. Intriguingly, the beneficial effects of lifelong choline supplementation reduce the activation of microglia in mice bred to develop AD-like symptoms. The choline-rich diet is shown to improve cognitive function. (Credit: Arizona State University)