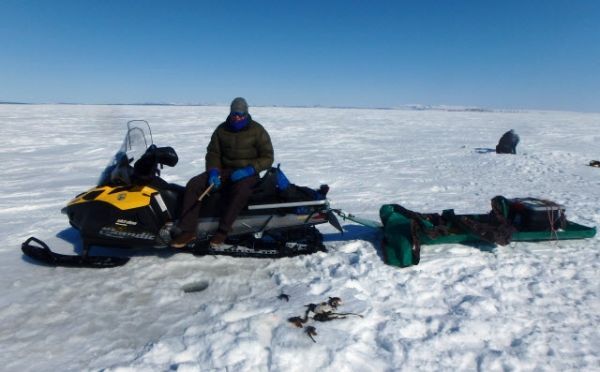 A new analysis of Kotzebue Sound fish has found that mercury levels in a variety of its subsistence species are safe for unrestricted consumption.

Local residents have wondered about mercury levels in the Kotzebue Sound in recent years, due in part to discharges from the Red Dog Mine, which is located about 80 miles inland. Its presence has contributed to questions about the safety of Kotzebue-area subsistence foods.

The study was initiated by the Native Village of Kotzebue, which contacted Todd O’Hara, a UAF professor of veterinary toxicology and pharmacology. Researchers worked with local subsistence fishermen, who donated a variety of Kotzebue Sound fish species from their catches in 2105, 2016 and 2018 for testing.
Of the hundreds of samples tested, only four individual fish exceeded the “unrestricted consumption” levels set by state officials. The average mercury levels in each species were well below that threshold.