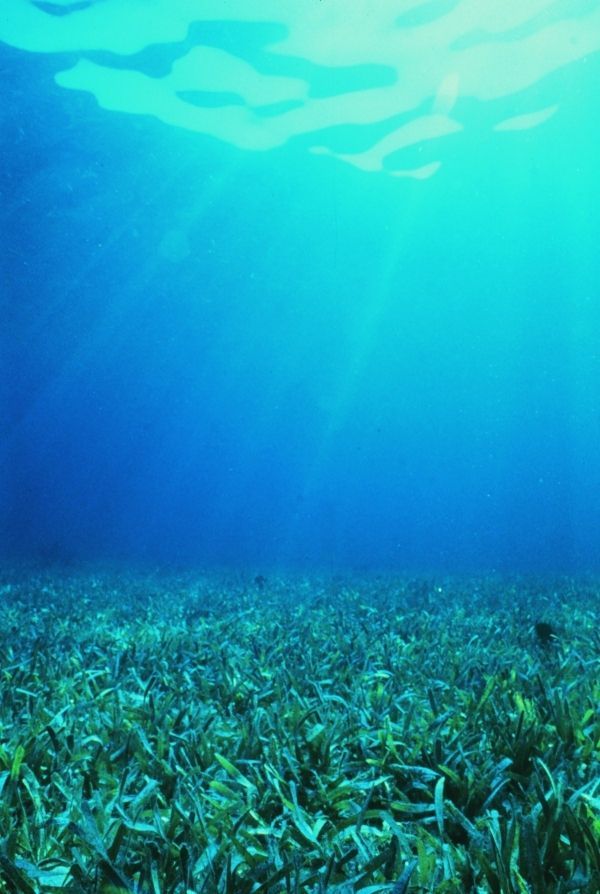 Seagrass meadows put down deep roots, persisting in the same spot for hundreds and possibly thousands of years, a new study shows.

Seagrass meadows put down deep roots, persisting in the same spot for hundreds and possibly thousands of years, a new study shows.

Seagrasses, crucial sources of shelter and food for thousands of species, are threatened globally by coastal development, pollution and climate change. While scientists have documented the health of seagrass meadows over several years or decades, assessing these habitats at the scale of centuries or millennia has been a much greater challenge.

University of Florida researchers used modern and fossil shells from seagrass-dwelling animals to estimate the age of these meadows, showing that, far from being transient patches of underwater weeds, they are remarkably stable over time.

They also found that seagrass meadows were home to a much richer variety of animals than bare sandy seafloor, highlighting the importance of seagrasses as critical long-term reservoirs of biodiversity in coastal ecosystems.

Photo: More than 3 billion people live within 30 miles of seagrass. In Florida, seagrass meadows are essential to various industries, including commercial and recreational fisheries and tourism. PHOTO COURTESY OF NOAA