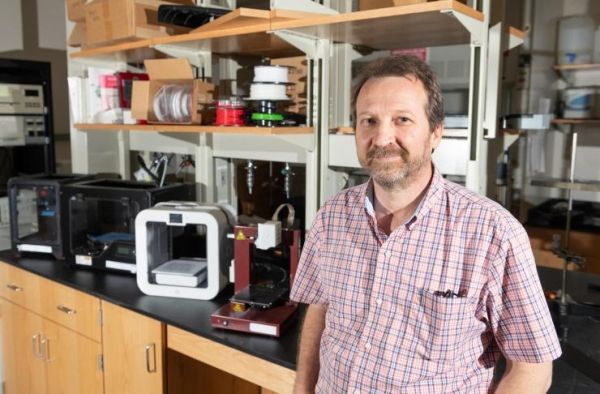 Consumer-grade 3D printers have grown in popularity in recent years, but the particles emitted from such devices can negatively impact indoor air quality and have the potential to harm respiratory health, according to a study from researchers at the Georgia Institute of Technology and UL Chemical Safety.

For the study, which was published September 12 in the journal Environmental Science & Technology and sponsored by Underwriters Laboratories, Inc. (UL)., the researchers collected particles emitted from 3D printers and conducted several tests to gauge their impact on respiratory cell cultures.

“All of these tests, which were done at high doses, showed that there is a toxic response to the particles from various types of filaments used by these 3D printers,” said Rodney Weber, a professor in Georgia Tech’s School of Earth & Atmospheric Sciences, who led the research.

The study was part of multi-year research project aimed at characterizing particle emissions by the printers in a controlled environment and identifying measures that could be taken by both 3D printer manufacturers and users to reduce the potential for harm. While earlier studies had focused on quantifying the particles being emitted, this time the researchers looked more closely at the chemical composition of the particles and their potential for toxicity.

3D printers typically work by melting plastic filaments and then depositing the melt layer upon layer to form an object. Heating the plastic to melt it releases volatile compounds, some of which from ultrafine particles that are emitted into the air near the printer and the object.