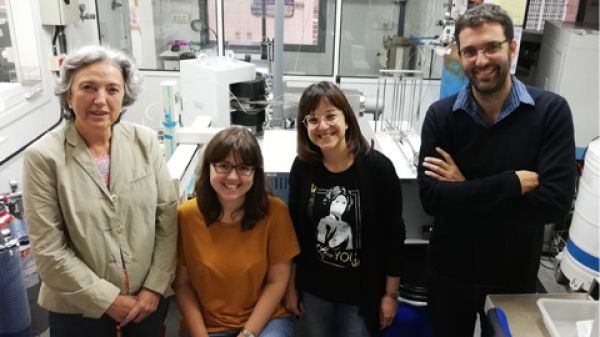 Researchers at the UAB, in collaboration with the UB and the company Litoclean, manage to decontaminate an aquifer with a high concentration of organochlorine compounds biologically by bieostimulating bacteria capable of breaking down these compounds.

Researchers at the Universitat Autònoma de Barcelona (UAB), alongside LITOCLEAN and the University of Barcelona (UB), have achieved the biological decontamination of an aquifer containing a high concentration of the organochlorine compound perchloroethylene.

Organochlorine compounds, which are mainly toxic, are used as solvents and degreasers and, according to the Waste Agency of Catalonia (ARC), they represent almost 9% of the pollutants found in contaminated soils in Catalonia.

The decontamination was conducted through the biostimulation of organohalide-respiring bacteria found in the aquifer using lactate. These bacteria are capable of “breathing” the organochlorine compounds and transforming them into the non-toxic compound ethene.

The findings of this study, published in Water Research, are the result of a pioneering multidisciplinary methodology which allows specifying in each case the most adequate strategy to detoxify biologically aquifers polluted with organoclorines.

Image via Autonomous University of Barcelona