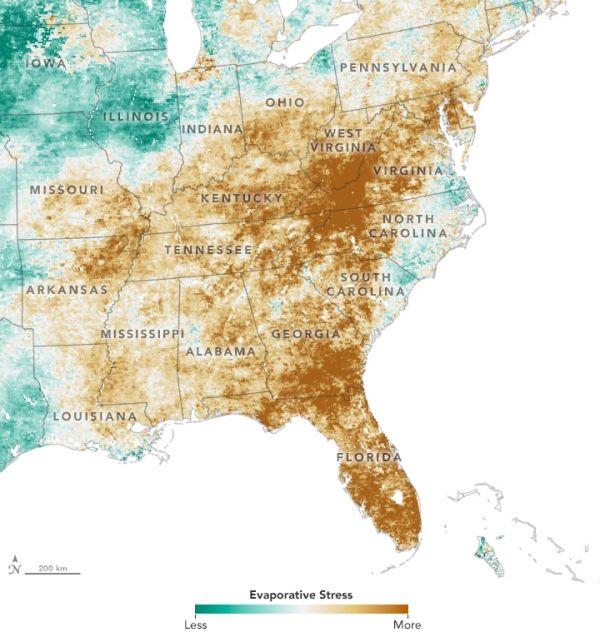 When you hear the word “drought”, lack of rain probably comes to mind. But it is not only lack of rain that has put farmers in the U.S. Southeast in the grips of a damaging drought this fall.

A stubborn ridge of high-pressure air hung over the Southeast for several weeks in September, bringing record-breaking temperatures, dry air, and very little rain. “We had a wet spring in the Southeast, so we went from no drought to severe drought within about four weeks,” said Hain. “I’m hearing about farmers losing cotton, hay, and other forage crops. We are even seeing trees browning in certain areas.”

Other categories of drought can take much longer to develop. For instance, hydrological drought—like the one that made news in California in recent years—are defined by drops in groundwater levels, reservoirs, and stream flow that tend to span several months or years.