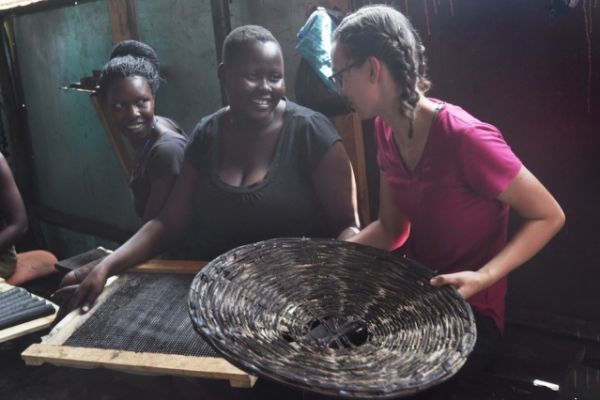 Mechanical engineering students in MIT D-Lab are working with collaborators in Uganda on a solution for the health hazards associated with wood-burning stoves.

For millions of people globally, cooking in their own homes can be detrimental to their health, and sometimes deadly. The World Health Organization estimates that 3.8 million people a year die as a result of the soot and smoke generated in traditional wood-burning cookstoves. Women and children in particular are at risk of pneumonia, stroke, lung cancer, or low birth weight.

Ikalany is working to eliminate the health risks associated with cookstoves in Uganda. In 2012 she met Amy Smith, founding director of MIT D-Lab, who introduced her to D-Lab’s method of manufacturing briquettes that produce no soot and very little smoke. Ikalany saw an opportunity to use this technology in Uganda, and founded AEST that same year. She started assembling a team to produce and distribute the briquettes.

Made of charcoal dust, carbonized agricultural waste such as peanut shells and corn husks, and a cassava-water porridge, which acts as a binding agent, the briquettes are wet initially. To be usable in a cookstove, they must be completely dried. Ikalany’s team dries the briquettes on open-air racks.