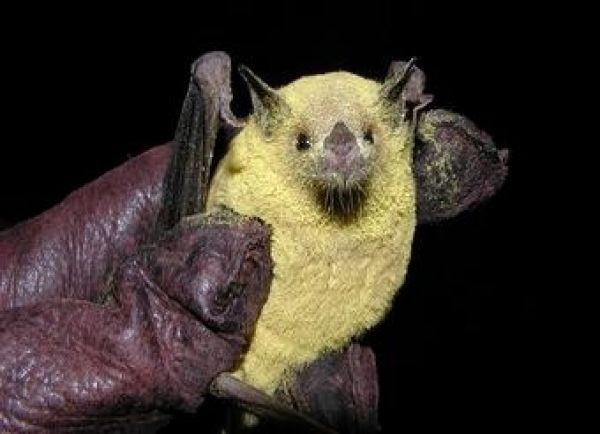 Iconic symbols of Halloween, bats have long suffered a spooky reputation. They’ve been accused of harboring vampiric spirits, entangling themselves in human hair and are often associated with witches and warlocks. Few other mammals seem to frighten us with so many misunderstandings. But bats, because of their incredible echolocation abilities, rarely fly into or touch people, and provide valuable and essential ecological roles in our country and across the world.

Unfortunately, white-nose syndrome (WNS), a fatal fungal disease of hibernating bats, has killed over six million bats since 2006, and may well lead to the extinction of certain bat species. Bats are also susceptible to being killed or injured by wind turbines.

“People often ask why we should care about bats, and evidence strongly suggests that bats are saving us big bucks by gobbling up insects that eat or damage our crops,” said Paul Cryan, a bat ecologist with the U.S. Geological Survey. “It is obviously beneficial that insectivorous bats are patrolling the skies at night above our fields and forests, and these bats deserve help.”

Unlike the dreaded vampire bat typically associated with Halloween, insect-eating bats perform services valuable to humans. Research by Cryan and his colleagues shows that insect-eating bats, through their free pest-control services, save the agricultural industry billions of dollars each year. A single little brown bat, which has a body no bigger than an adult human’s thumb, can eat four to eight grams (the weight of about a grape or two) of insects each night. The loss of millions of bats in the Northeast has likely resulted in between 1.4 and 2.9 million pounds (equivalent to about two to three full Boeing 747-8F airliners) of insects in the region no longer being eaten each year by bats.