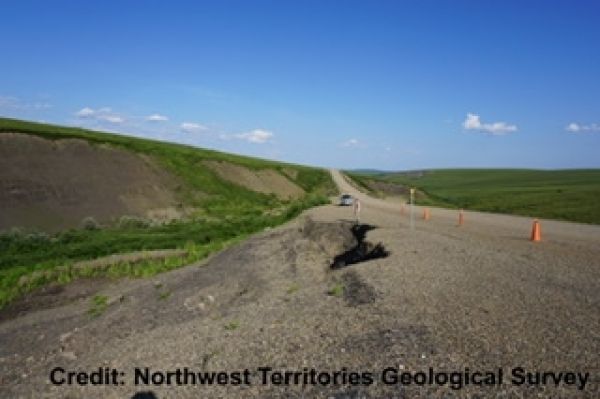 Likelihood of an abrupt increase in wildfires also noted.

Researchers from McGill University project that as the permafrost continues to degrade, the climate in various regions of the Arctic could potentially change abruptly, in the relatively near future. Their research, which was published today in Nature Climate Change, also suggests that as the permafrost degrades, the severity of wildfires will double from one year to the next and remain at the new and higher rate for regions in the Northwestern Territories and the Yukon.

“We study climate-engineering infrastructure (e.g. roads, ports, buildings, pipelines and mining infrastructure) interactions in a changing climate. Arctic infrastructure is particularly impacted by permafrost degradation and associated soil moisture changes, among other factors” said Laxmi Sushama. Sushama is a Professor in McGill’s Department of Civil Engineering and the Trottier Chair in Sustainability in Engineering and Design. “As we started analyzing more closely climate model simulations for the Arctic region, we noticed abrupt changes in soil moisture, as well as abrupt increases in intense rainfalls with a probable increase in lightning and wildfires too.”