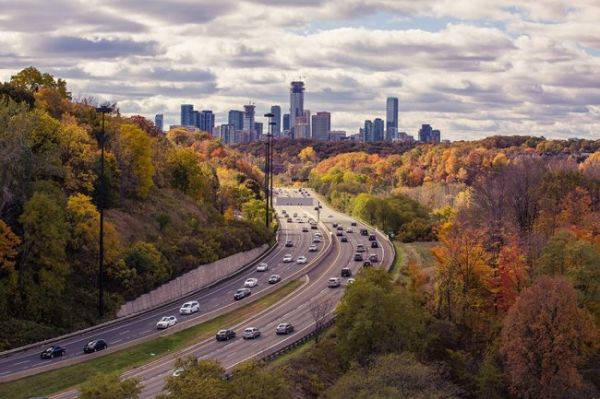 Almost one third of Canadians live near a major road — and this means they go about their everyday lives exposed to a complex mixture of vehicle air pollutants.

A new national study led by U of T Engineering researchers reveals that emissions from nearby traffic can greatly increase concentrations of key air pollutants, with highly polluting trucks making a major contribution. Canada’s cold winters can also increase emissions while particle emissions from brakes and tires are on the rise.

The report, released today, is the culmination of a two-year study monitoring traffic emissions in Toronto and Vancouver — the two Canadian cities with the highest percentage of residents living near major roads.

“There’s a whole ‘soup’ of pollutants within traffic emissions,” says Professor Greg Evans (ChemE), who led the study in collaboration with Environment and Climate Change Canada, the Ontario Ministry of the Environment, Conservation and Parks, and Metro Vancouver.

Evans says that this soup of pollutants includes nitrogen oxides, ultrafine particles, black carbon, metals, carbon monoxide and carbon dioxide. Exposure to these emissions has been associated with a wide range of health issues, including asthma, cancer and cardiovascular mortality.

Continue reading at University of Toronto

Image via University of Toronto