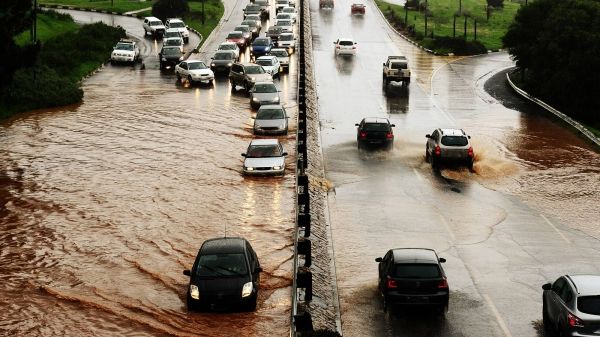 For three hurricane seasons in a row, storms with record-breaking rainfall have caused catastrophic flooding in the southern United States: Harvey in 2017, Florence in 2018 and Imelda in 2019.

A new analysis by Princeton researchers explains why this trend is likely to continue with global warming. Both the higher moisture content of warmer air and storms’ increasing wind speeds conspire to produce wetter storms, the researchers reported in a study published Oct. 18 in the Nature Partner Journal Climate and Atmospheric Science.

“Potential changes in the frequency of occurrence and rainfall rates from tropical cyclones are major concerns for flood hazards in the United States, especially for urban regions along the Gulf and Atlantic coasts,” said co-author James Smith, Princeton’s William and Edna Macaleer Professor of Engineering and Applied Science. “This study provides an important step in understanding the rainfall rate piece of the problem; the picture is one in which changes in rainfall extremes should be carefully examined in assessing flood hazards.”

The results help resolve a puzzle that’s emerged from recent climate modeling studies. Models project that by the end of the century hurricane rainfall rates will increase up to twice as fast as would be expected due to increasing moisture from rising sea surface temperatures alone. The Princeton team wanted to understand what other forces might contribute to the wetter storms.

“A predicted increase exceeding simple theory gave us a little bit of discomfort, because we only trust our predictions to the extent that we can understand them, and to the extent to which they show up in observations,” said co-author Gabriel Vecchi, a professor of geosciences and the Princeton Environmental Institute.