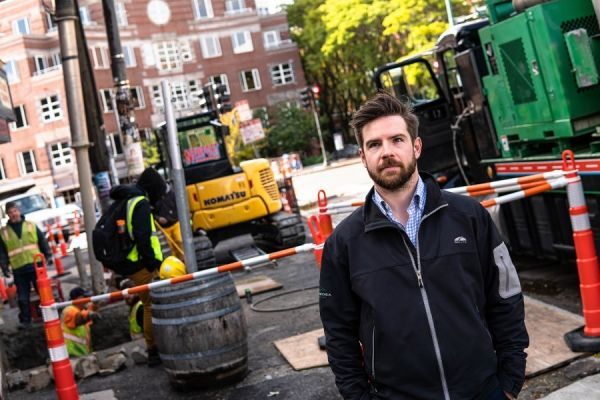 Harvard economist says rise in number of very hot days will cut productivity and hike health risks, especially for many in blue-collar jobs.

Simply put, said Patrick Behrer, the world is getting hotter “and that heat imposes large costs on people.” In particular, those who work outdoors or in factories lacking air conditioning or ventilation are most at risk for the ill effects of on-the-job heat exposure such as sun stroke, impaired cognitive function, and possibly even death.

Behrer ’09, an environmental and developmental economist and Harvard Ph.D. candidate in the Graduate School of Arts and Sciences, emphasizes the looming scale of the crisis with a little math. Given the nature of climate change, he said, the shifts in the number of very hot days will be greater than those in the mean temperature. For example, a uniform, global temperature increase of 2 degrees Fahrenheit would shift Boston’s mean temperature from roughly 52 to 54 degrees Fahrenheit. On its face, not a catastrophic jump.

“But what that does mean in a place like Boston where we currently have periodic hot days, is that you are moving the tails of the distribution and dramatically increasing the number of extremely hot days,” said Behrer. “From the mid ’80s to the early 2000s Boston averaged somewhere between five and eight days above 90 degrees. Taking some of the median projections up to 2050, Boston’s projected to see somewhere between 30 and 50 days above 90 degrees a year, even though the mean temperature change is only going to be a few degrees.”