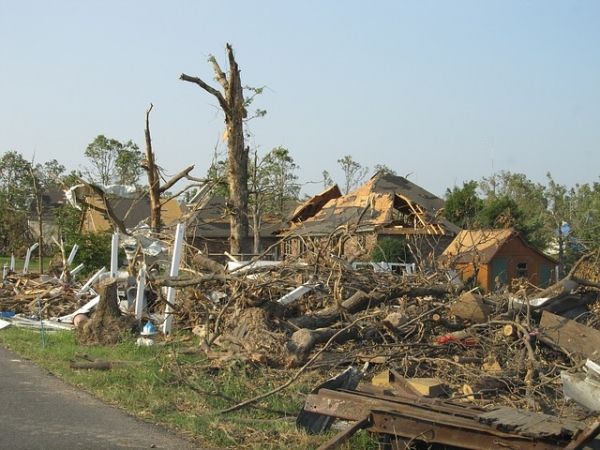 Extreme weather events such as fires, floods, tornados, hurricanes and landslides result in some of the most personal impacts of climate change.

People who identify as politically conservative are more like to support climate change mitigation policies if they have report experiencing personal harm from an extreme weather event such as a wildfire, flood or tornado, a new study indicates.

“This study shows how personal harm from extreme weather events may be shifting the beliefs of conservatives,” said Hilary Boudet, an associate professor of public policy in the School of Public Policy in OSU’s College of Liberal Arts and one of the study’s authors. “There’s been a lot of speculation that extreme weather could have this impact. Now we have evidence that personal harm may be moving the needle on a person’s beliefs, particularly those with more conservative political orientations.”

The findings were just published in the journal Global Environmental Change. The lead author is Chad Zanocco, who worked on the project at a doctoral student in public policy at Oregon State and now is a post-doctoral scholar at Stanford University. Coauthors are Roberta Nilson of Cornell University, a former graduate student in public policy at OSU, and June Flora of Stanford. The research was funded in part by a grant from the National Science Foundation.