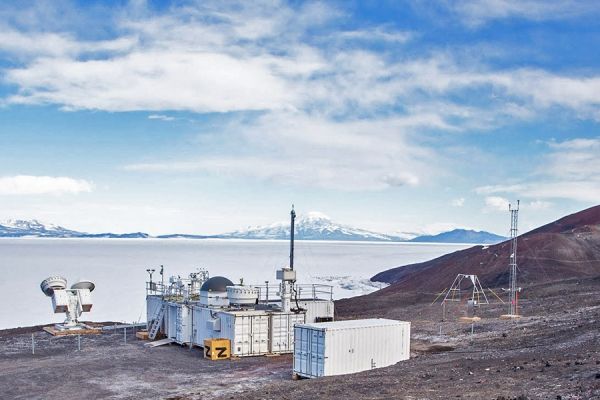 The presence of long-lasting drizzle in a very cold region like Antarctica has implications for improving the accuracy of climate models in the polar regions.

When the temperature drops below freezing, snow and ice are expected to follow. That is not always the case in Antarctica, where for the first time, persistent drizzle has been recorded at temperatures well below freezing, according to a team of researchers.

Using both ground-based and satellite measurements, researchers recorded drizzle conditions below minus 13 degrees Fahrenheit lasting for more than 7.5 hours at McMurdo Station, Antarctica. Previous reports recorded supercooled drizzle at these temperatures, but only for brief durations. The presence of drizzle over several hours could have some implications for climate model predictions. The researchers published their findings in the Journal of Geophysical Research: Atmospheres.

“We’re familiar with drizzle as a process that takes place in warm temperatures,” said Israel Silber, assistant research professor in the Department of Meteorology and Atmospheric Science at Penn State and lead author of the study. “At lower temperatures, processes like ice formation and growth make the probability for drizzle production significantly lower.”

Data collected from laser measurements indicated the presence of water particles — hydrometeors, that were nearly spherical, which can indicate drizzle drops. Analysis of these data combined with other ground-based and satellite measurements confirmed that the particles were indeed drops of drizzle.