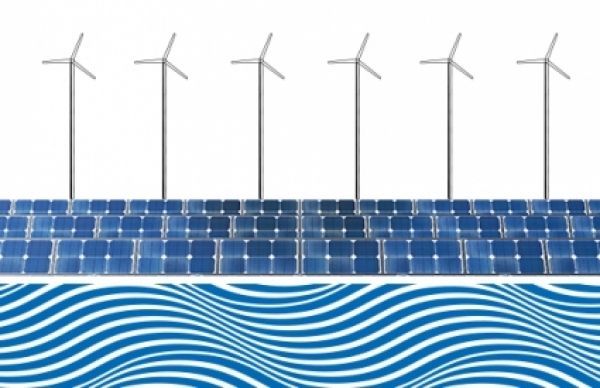 Solar and wind farms are popping up around the country to lower carbon emissions, and these renewables also have another important effect: keeping more water in the ground.

A new Princeton University-led study in Nature Communications is among the first to show that solar and wind energy not only enhance drought resilience, but also aid in groundwater sustainability.

Using drought-prone California as a case study, the researchers show that increased solar and wind energy can reduce the reliance on hydropower, especially during drought. Consequently, this could help divert more surface water from hydropower to irrigation, thereby reducing overall groundwater abstraction.

While the scope of this study focused on the United States, the framework can also be applied internationally, especially for policymakers working to meet the U.N.’s Sustainable Development Goals, said lead author Xiaogang He, who worked on the study as a Ph.D. student at Princeton. He is now a Water in the West postdoctoral fellow at Stanford University.

“Traditionally, the social value of solar and wind energy has mostly been focused on air pollution mitigation and carbon emission reductions,” said He, an incoming assistant professor in the department of Civil and Environmental Engineering at the National University of Singapore. “However, if we look at the problem from a different angle — like the water-food-energy nexus — then our paper identifies some unrecognized and under-appreciated effects that have been overlooked in past studies.”