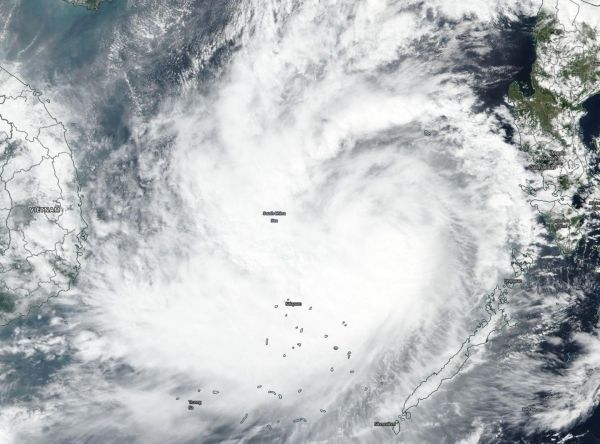 Former Tropical Storm Nakri strengthened into a Typhoon in the South China Sea on Nov. 8.

Visible imagery from the Visible Infrared Imaging Radiometer Suite (VIIRS) instrument aboard NASA-NOAA’s Suomi NPP satellite on Nov. 8 showed Nakri appeared more circular indicating it had intensified. The imagery also showed a large band on thunderstorms west of the center and wrapping into the low-level center. The center of the storm was still west of the main Philippine Islands, and north of Palawan. However, Kalayaan was still feeling the effects of the storm.

Kalayaan is a municipality on Pagasa Island in the province of Palawan, Philippines. Kalayaan is part of the Spratly Group of Islands, west of the largest island of Palawan. Nakri is known in the Philippines as Quiel.