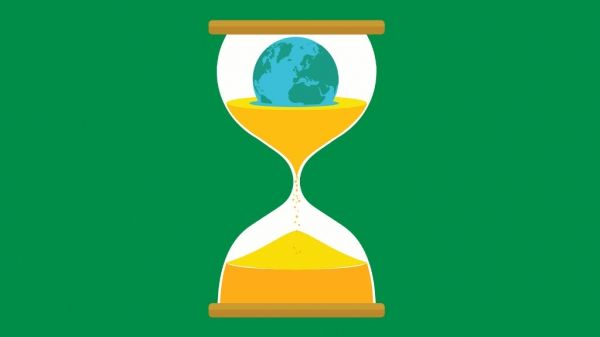 University of Bath professor explains the challenges of a net-zero emissions strategy by 2050.

Arguably the principal environmental burden facing inhabitants of Planet Earth is the prospect of ‘global warming’ (or ‘global heating’ as recently suggested as a more appropriate term by a senior UK Met Office scientist) caused by the enhanced greenhouse effect resulting from fossil fuel combustion.

Carbon dioxide (CO2) is the principal ‘greenhouse gas’ (GHG) with an atmospheric residence time of about 100 years. Changes in atmospheric concentrations of such GHGs affect the energy balance of the global climate system. Human activities have led to dramatic increases since 1950 in atmospheric CO2; concentrations have risen from 330 parts per million (ppm) in 1975 to about 430 ppm currently. The most recent (2013) scientific assessment by the Intergovernmental Panel on Climate Change (IPCC) asserts that it is ‘extremely likely’ that humans are the dominant influence on the observed global warming since the mid-20th Century.

The 2015 Paris Agreement on climate change aims to keep temperatures “well below 2°C above pre-industrial levels and to pursue efforts to limit the temperature increase to 1.5°C above pre-industrial levels”. However, bottom-up national pledges on GHG mitigation efforts received in connection with the Paris Conference are expected to result in a warming of around 2.7oC. So the world still faces a significant test of reducing GHG emissions further in order to bring global warming into line with the aspirations in the Paris Agreement.

Indeed, the IPCC in their recent ‘special report’, on the implications of keeping temperatures down to 1.5°C, argued that humanity has just 12 years to respond to the climate change challenge (i.e. by about 2030, rather than 2050 presently incorporated in international agreements), if it wishes to keep global warming to 1.5°C above pre-industrial levels. Thus, it needs to instigate appropriate actions in the very near future.

Continue reading at University of Bath

Image via University of Bath