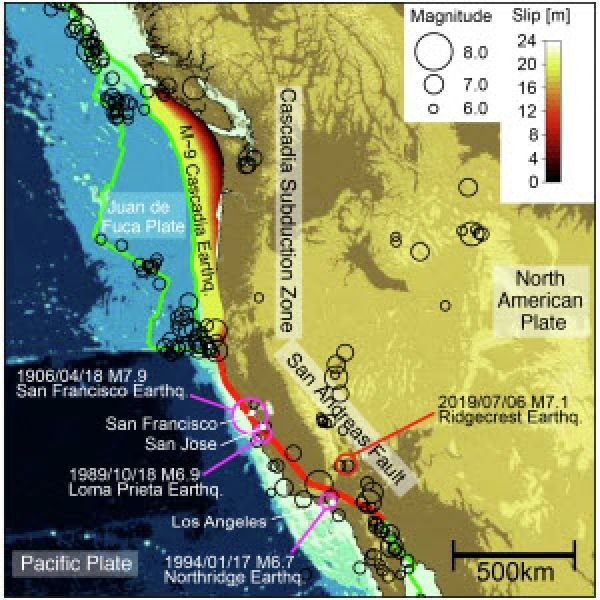 ach year, anywhere from a few hundred to tens of thousands of deaths are attributed to the catastrophic effects of major earthquakes. Apart from ground shaking, earthquake hazards include landslides, dam ruptures, flooding, and worse—if the sea floor is suddenly displaced during an earthquake, it can trigger a deadly tsunami.

Although earthquakes can’t be prevented, processes involving the Earth’s tectonic plates that make up its crust and upper mantle can provide scientists with clues about the possible effects of these impending disasters before they arrive.

A team led by professor Tsuyoshi Ichimura at the Earthquake Research Institute (ERI) at the University of Tokyo (UTokyo) is studying the deformation of tectonic plates to aid physics-based forecasting of natural disasters such as earthquakes. Specifically, the team is simulating a tectonic plate boundary spanning from Vancouver, British Columbia, down to Northern California. At this boundary—called the Cascadia Subduction Zone—the coastal Explorer, Juan de Fuca, and Gorda plates move east and shift underneath the North American Plate, a process known as subduction that can trigger large-magnitude earthquakes and volcanic activity.

Image via University of Tokyo