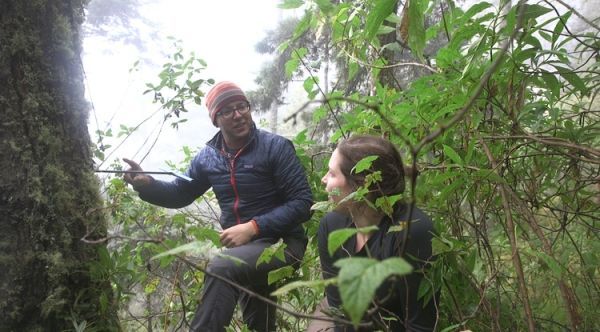 University of Arizona researchers have shown that the conversation around migration out of Central American countries should be more nuanced and based on local trends rather than regional expectations.

A quick Google search for "What is driving migration from Central America?" reveals that nearly all of the top hits claim climate change as a major catalyst for the mass movement of people out of their home countries. University of Arizona climate researchers, however, have shown that the reality is much more nuanced.

“We were seeing articles in big-name media saying migration from Central America is being driven by climate change and yet, we were looking at these and asking, where is the evidence?” said Kevin Anchukaitis, professor in the School of Geography and Development.

To nail down the reality, a team led by Anchukaitis analyzed 40 years of daily weather records from El Salvador, Guatemala, Nicaragua and Honduras – especially the Central American region known as the "Dry Corridor."

They focused on changes in the timing and intensity of the Central American Midsummer Drought, an annual dip in rainfall totals during the summer months. Millions of families in the region plant crops in rhythm with the annual peaks and troughs in rainfall.

“If rainfall comes at a different time, or if it’s less than normal,” Anderson said, “it could result in a crop failure and food insecurity,” said geography graduate student Talia Anderson, lead author on the paper that was recently published in Environmental Research Letters.

Anderson analyzed a combination of daily satellite and rain gauge estimates, allowing her to look at weather patterns continuously across space over the past four decades.