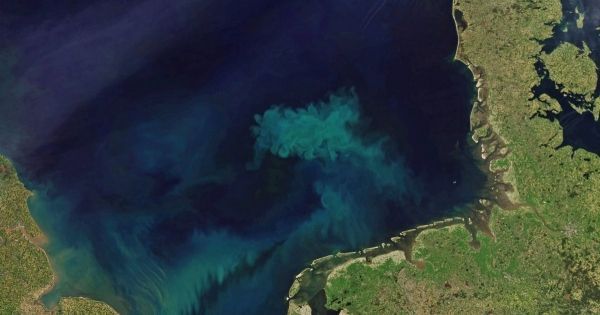 The discovery of a forgotten metabolic pathway adds a new dimension to the global carbon cycle.

Microbiologists at the Max Planck Institutes in Marburg and Bremen have discovered a new metabolic process in the ocean. Ranging from molecular structures of individual genes and detection of their global distribution, their results give insight into the pathway process and its degradation products and thus provide valuable information for future calculations of the ocean`s carbon dioxide balance.

Charles Darwin suspected something in the "clear blue water" of the ocean that was even smaller than the protozoa he could see under the microscope. "Today we know that every liter of ocean water is swarming with hundreds of millions of microorganisms," explains marine researcher Rudolf Amann, Director at the Max Planck Institute for Marine Microbiology in Bremen. His colleague Tobias Erb from the sister institute of terrestrial Microbiology in Marburg adds: "Although only micrometers in size, the microorganisms with their sheer number and high rate of metabolism have a strong impact on energy flow and biomass turnover in the oceans.”

Whilst the unicellular algae, also known as phytoplankton, convert CO2 into biomass, other microorganisms come onto action when the algae excrete the fixed carbon - either during their life, or when they die - sometimes in mass, as after the so-called algae bloom. Even in surface wa­ter, single-cell organisms process many thousands of tons of algae biomass: a central process in the marine life cycle. One of the most important compounds in the ocean is glycolic acid, a direct by-product of photosynthesis that is partly converted back into CO2 by marine bacteria. But here, the picture becomes blurred - the exact fate of the carbon in glycolic acid was unknown so far.