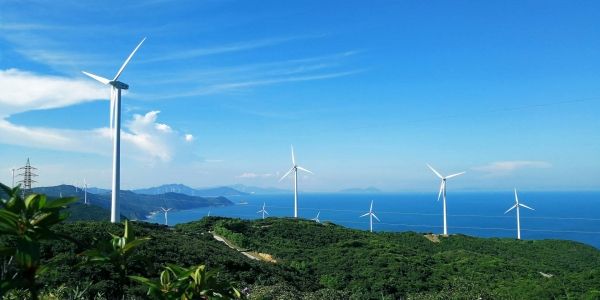 In a boon to wind farms, average daily wind speeds are picking up across much of the globe after about 30 years of gradual slowing.

Research led by a team at Princeton University shows that wind speeds in northern mid-latitude regions have increased by roughly 7% since 2010.

The findings mark a reversal of the pattern of declining winds in these regions since the 1980s — a phenomenon known as global terrestrial stilling. Focusing on regions of North America, Europe and Asia where wind power is on the rise, the researchers analyzed wind speed records collected between 1978 and 2017 from more than 1,400 weather stations. In a paper published Nov. 18 in Nature Climate Change, they showed that while wind speeds decreased by about 2.3% per decade beginning in 1978, since 2010 wind speeds have increased at a rate that is nearly three times faster.

The research, which looked only at regional averages, did not examine how the uptick in wind speeds might affect the severity of storms, which also has been increasing.

The team examined the potential causes underlying global terrestrial stilling and its reversal. While changes in urbanization and vegetation have been proposed as contributors to global terrestrial stilling, these trends have not reversed since 2010, said Zhenzhong Zeng, who led the study as a postdoctoral researcher working with Eric Wood, Princeton’s Susan Dod Brown Professor of Civil and Environmental Engineering, Emeritus.