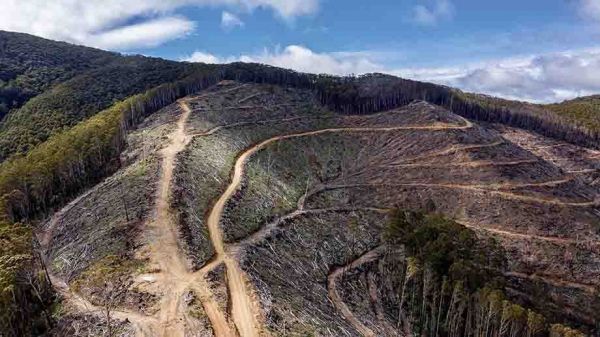 The Victorian Government is in breach of its own forest laws, allowing logging on steep slopes and putting lives at risk, according to researchers from The ANU.

The researchers say the breaches are serious, widespread and have been committed over the last 15 years. They warn it also increases the risk of major fire.

Under Victorian law, logging on slopes steeper than 30 degrees is not allowed. But spatial analysis has revealed it is happening at massive scale.

Dr Chris Taylor and Professor David Lindenmayer have been investigating clear-felling on steep slopes in Victoria's Central Highlands with colleagues.

The researchers say the Victorian Government's logging company directs private contractors to places where the forest can be harvested. In some cases the harvesting is taking place on slopes deemed too steep by Victorian law.