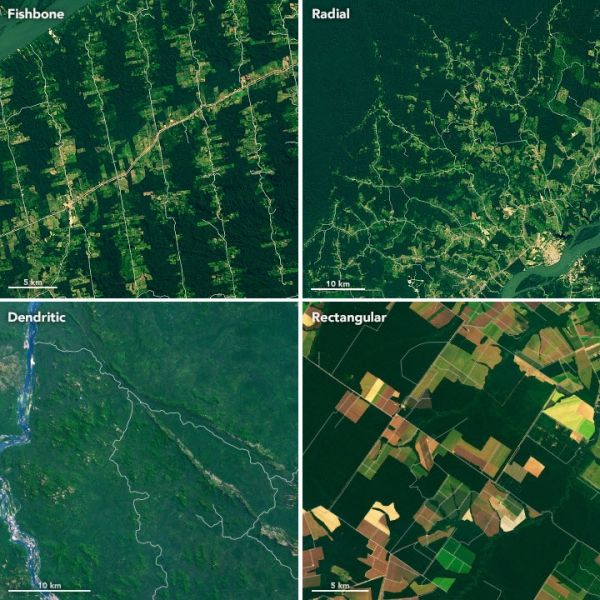 Decades of satellite data make it possible to map how deforestation has evolved over time.

For as long as people have inhabited the Amazon rainforest, they have left a mark on the landscape. But never have humans changed the rainforest as dramatically as they have in recent decades.

Since the 1970s, satellites have observed multiple waves of clearcutting as they have spread across the southern Amazon. With fire, chainsaw, axe, and heavy machinery, people have cleared more than a sixth of the forest that once existed. In parts of the Amazon where forests still stand, thinning canopies hint at significant degradation due to logging, drought stress, and understory fire activity.

Satellites have provided scientists with unparalleled views of these changes. In addition to simply tallying how much forest has been cut, scientists have deciphered much about how deforestation has unfolded over four decades. One of the themes that emerges is just how dynamic deforestation has been.