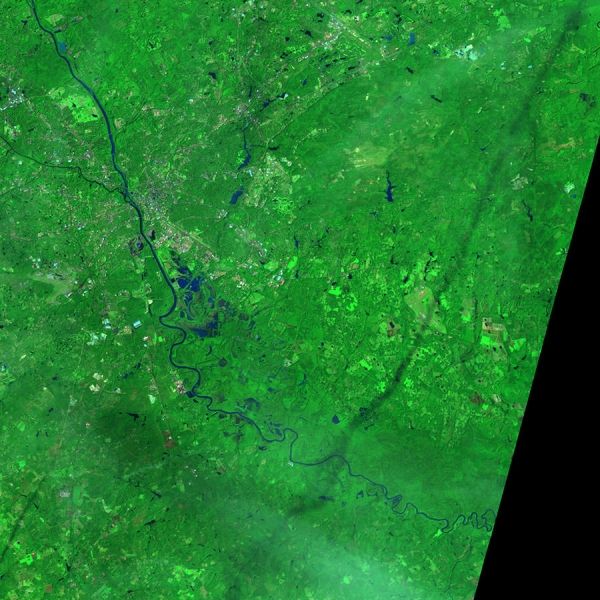 The Palmetto State’s southern charm draws millions of visitors every year. Tourists flock to its historic cities draped in Spanish moss, and they savor its delicious Low Country cuisine. South Carolina’s mild climate helps make it an appealing year-round destination, but it’s also occasionally in the path of severe tropical storms and hurricanes, including the devastating Hurricane Hugo in 1989.

In 2015, Carolinians were warily watching another storm, Hurricane Joaquin, spinning well off to the south in the Bahamas. Closer to home, though, the real threat was about to begin.

A plume of tropical moisture was setting up over South Carolina and the southeastern United States as a weather system stalled off the coast to the northwest of Joaquin. This pattern helped wring out record rainfall—more than 2 feet (0.6m) in some areas. Rivers topped their banks and dams burst; many residents were without power or water for days. For some locations, it was a 1-in-1,000-year flood event.

As flooding began and worsened, the Applied Sciences’ Disasters Program led NASA’s team response across its centers and supported other agencies and organizations. Space-based NASA imagery and instruments were among the first to provide a large-scale perspective of the flood extent. More specifically, NASA Marshall Space Flight Center’s (MSFC) Short-term Prediction Research and Transition Center (SPoRT), in collaboration with NASA’s Goddard Space Flight Center (GSFC), monitored the soil moisture and its trends.