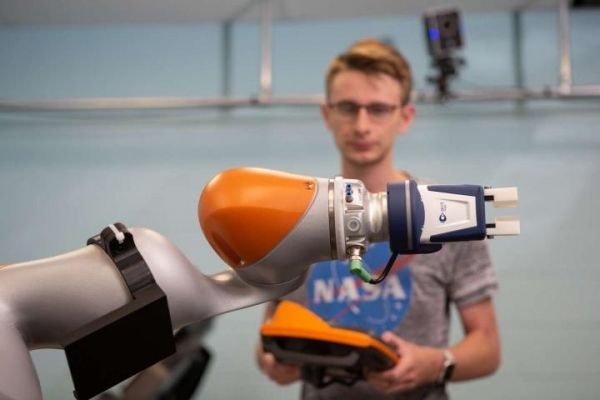 When satellites break, which is surprisingly often, there isn’t much you can do about them.

When satellites break, which is surprisingly often, there isn’t much you can do about them.

They become expensive and dangerous flotsam, orbiting Earth for years or generations until gravity eventually draws them to a fiery death in the atmosphere.

University of Cincinnati professor Ou Ma is engineering robotics technology to fix orbiting satellites in his Intelligent Robotics and Autonomous Systems Lab. He envisions robotic satellites that can dock with other satellites for repairs or refueling.

The project demonstrates UC's commitment to research as described in its strategic direction, Next Lives Here.

Read more at University of Cincinnati

Image: The University of Cincinnati is studying ways to get robots to work independently but collaboratively to complete tasks. (Credit: Andrew Higley/UC Creative Services)