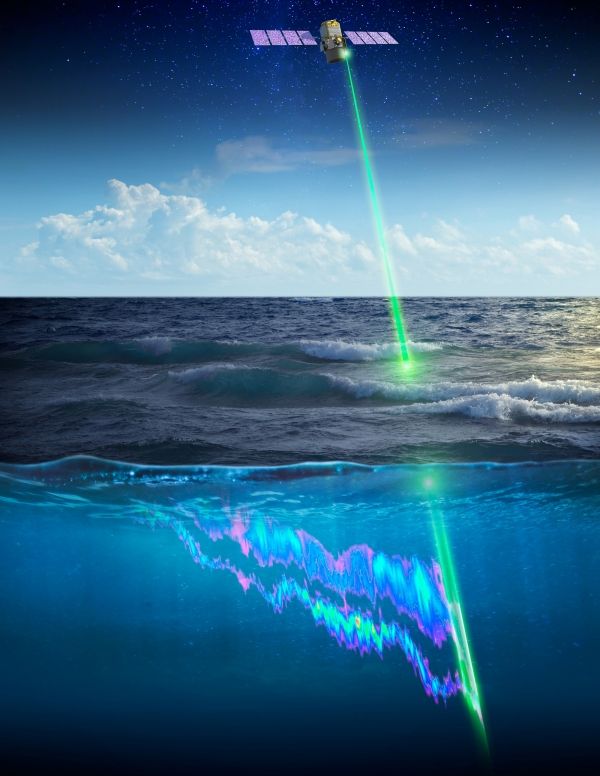 Every night, under the cover of darkness, countless small sea creatures – from squid to krill – swim from the ocean depths to near the surface to feed.

Every night, under the cover of darkness, countless small sea creatures – from squid to krill – swim from the ocean depths to near the surface to feed. This vast animal migration – the largest on the planet and a critical part of Earth’s climate system – has been observed globally for the first time thanks to an unexpected use of a space-based laser.

Researchers observed this vertical migration pattern using the Cloud-Aerosol Lidar and Infrared Pathfinder Satellite Observations (CALIPSO) satellite -- a joint venture between NASA and the French space agency, Centre National d'Etudes Spatiales -- that launched in 2006. They published their findings in the journal Nature Wednesday.

“This is the latest study to demonstrate something that came as a surprise to many: that lidars have the sensitivity to provide scientifically useful ocean measurements from space,” said Chris Hostetler, a scientist at NASA's Langley Research Center in Hampton, Virginia, and co-author on the study. "I think we are just scratching the surface of exciting new ocean science that can be accomplished with lidar.”

The study looks at a phenomenon known as Diel Vertical Migration (DVM), in which small sea creatures swim up from the deep ocean at night to feed on phytoplankton near the surface, then return to the depths just before sunrise. Scientists recognize this natural daily movement around the world as the largest migration of animals on Earth in terms of total number.

Image: Researchers used the space-based CALIPSO lidar to measure the planet’s largest animal migration, which takes place when small sea creatures swim up from the depths at night to feed on phytoplankton, then back down again just before sunrise. Credits: NASA/Timothy Marvel