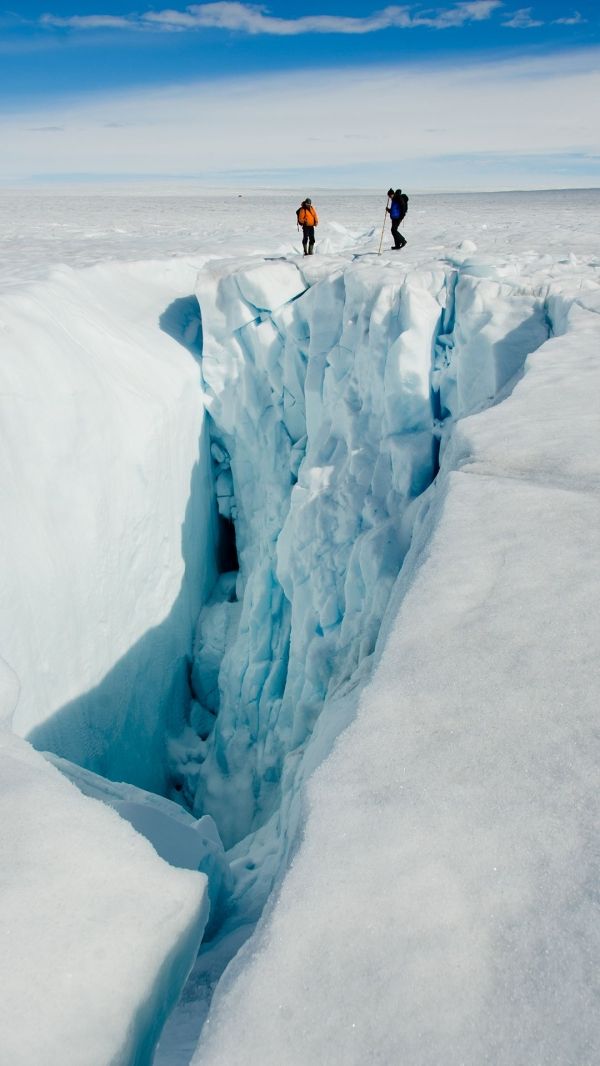 The world’s second-largest ice sheet, and the single largest contributor to global sea level rise, is potentially becoming unstable because of fractures developing in response to faster ice flow and more meltwater forming on its surface.

Using custom-built drones strong enough to withstand the extreme Arctic conditions, researchers led by the University of Cambridge made the first drone-based observations of how fractures form under meltwater lakes on the Greenland Ice Sheet. These fractures cause catastrophic lake drainages, in which huge quantities of surface water are transferred to the sensitive environment beneath the ice.

The study, published in the Proceedings of the National Academy of Sciences, shows how the water is transferred and how the ice sheet responds. The researchers found that inflowing meltwater expanded the lake and drainage began when the edge of the lake intersected a fracture, which formed one year earlier.

Each summer, thousands of lakes form on the Greenland Ice Sheet as the weather warms. Many of these lakes can drain in just a few hours, creating caverns known as moulins, through which water descends to the bottom of the ice sheet.

These cavities typically stay open for the remainder of the melt season, as meltwater from streams and rivers on the surface descends beneath the ice. Given that the ice sheet is typically a kilometre thick or more, the flow of water into the moulins may well be the world’s largest waterfalls.